Bands of Brothers: 15 of the Best Sibling Bands 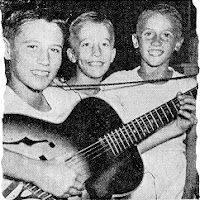 I've performed in a band with my brother for about 20 years now and I'm always fond of other bands that are made up of siblings.  Over the last week I've been compiling a list of them - there are many!  The 15 listed below are some favorites (in no particular order).  Yes, I know you're going to say, 'Where is Stone Temple Pilots, Pantera, Heart, The Jonas Brothers!!!'  :)  These are my favorites, so please add your choices in the comments section below. I've created playlists for each band, so click on the players to listen to audio samples of the band's work. Be sure to keep up with my daily postings by clicking LIKE over at the Life On This Planet Facebook Page. 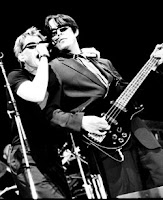 Siblings:  Richard Butler (vocals) and Tim Butler (bass)
Where they are today:  Still touring as The Psychedelic Furs.  The last album of new material - World Outside

- was released back in 1991. Richard and Tim also played together in Love Spit Love 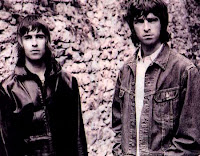 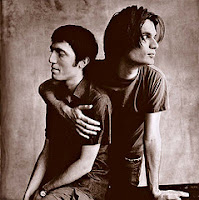 03.  Radiohead
Siblings:  Jonny Greenwood (guitar) and Colin Greenwood (bass)
Where they are today:  Conquering the world. 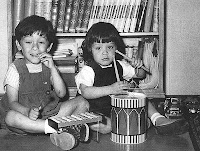 Siblings:  Eddie Van Halen (guitar) and Alex Van Halen (drums)
Where they are today:  With David Lee Roth back in the mix, they are working on a new album to be released in 2011.  Eddie's son Wolfgang is on bass, so Van Halen also create a new category to be explored:  Father/Son Bands!  :) 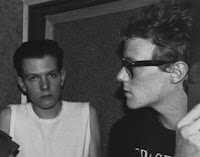 05.  Bauhaus / Love and Rockets
Siblings:  David J. Haskins (bass) and Kevin Haskins (drums)
Where they are today:  After Bauhaus dissolved, the Haskins brothers formed Love and Rockets with their former bandmate, Daniel Ash.  Bauhaus reunited a couple of times, releasing an album of new material back in 2008 - Go Away White

.  Love and Rockets performed at Coachella and Lollapalooza in 2008, and a tribute album

was released in 2009, featuring The Flaming Lips, Frank Black, Blaqk Audio, etc.  David J continues to release solo material, make live DJ appearances and compose for soundtracks.  Kevin Haskins has been composing music for movies and TV for quite a few years now.

Siblings:  Ron Asheton (guitar, bass) and Scott Asheton (drums)
Where they are today:  The Stooges disbanded in 1974 and reunited in 2003 with both Asheton brothers.  Ron died of a heart attack in January 2009 and Scott continues to perform with the band.

09.  The Jesus And Mary Chain
Siblings:  Jim Reid (vocals) and William Reid (guitar, vocals)
Where they are today:  The brothers reunited in 2007, performing at Coachella.  Shortly after, a box set of B-sides and rarities

was released.  Apparently a new album is in the making, but according to a recent interview with Jim Reid, it looks like that may not come to fruition any time soon. 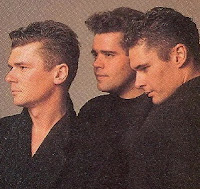 10.  INXS
Siblings:  Three of them!  Andrew Farriss (keyboards), Tim Farriss (guitar), Jon Farriss (drums)
Where they are today:  Since the death of singer Michael Hutchence in 1997, the band has carried on with a couple of different singers, including J.D. Fortune whom they acquired via an American Idol-style TV show.  In October 2010, the band released a tribute album

with reworkings of old INXS hits featuring a different guest vocalist on each track.

11.  Bee Gees
Siblings:  Three brothers.  Barry Gibb (vocals, guitar), Robin Gibb (vocals) and Maurice Gibb (vocals, bass)
Where they are today:  Maurice died of a heart attack in 2003.  Both Barry and Robin have continued their solo careers.  In 2009, they announced plans to reunite as the Bee Gees again. 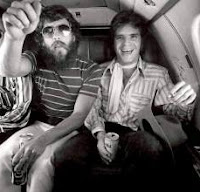 appeared on many Top Ten Lists of the Year, including Life On This Planet's List. 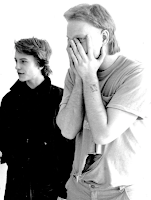 Siblings:  Bob Stinson (guitar) and Tommy Stinson (bass)
Where they are today:  Bob passed away back in 1995 and Tommy currently plays in Guns N' Roses and Soul Asylum.

Siblings:  Chris Robinson (vocals) and Rich Robinson (guitar)
Where they are today:  The band went on hiatus from 2002-2005, but they've been going strong ever since.

Siblings:  Bret Helm (vocals, bass) and Bart Helm (guitar, piano)
Where they are today:  Having released Everything Changes


A few others to acknowledge:  Meat Puppets, The Kinks, The Cranberries, Gene Loves Jezebel, Happy Mondays and The Everly Brothers.  There you go.  - Thanks for reading, Bret.