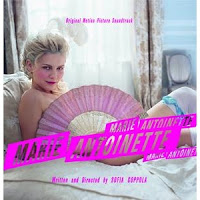 A couple of weeks ago, I found a few movie soundtrack CDs in the 50 cent clearance bin at a record store that is closing down. These collections can have some really rare gems like cover songs, exclusive recordings, etc. So it got me thinking: what are THE best movie soundtrack albums?

This entire week I've been really digging deep, trying to find all of those lost treasures. The rules I gave myself for this list are: 1. The soundtrack has to have around 50% vocal music or more (so no movie scores, we'll save that for a future list), 2. The songs have to appear on the soundtrack album (sometimes a rad song will appear in a movie, but it didn't end up on the album).

I've posted a ton of links, so if you'd like to buy the movie, the album, or individual songs, there are several formats to choose from.

If you'd like to keep up with my daily postings, head on over to the Life On This Planet Facebook Page and click LIKE over there. Okay, so without further ado... here are The 40 Best Movie Soundtracks. Please enjoy.

, Echo and the Bunnymen - People Are Strange

, Mummy Calis - Beauty Has Her Way

Key Tracks:  The Dark End Of The Street

, In The Midnight Hour

, The Ronettes - Be My Baby

, Bill Medley & Jennifer Warnes - I've Had The Time Of My Life

Key Tracks:  The Sounds Of Silence

, April Come She Will

Did you know that Mark Kozelek from Red House Painters & Sun Kil Moon plays one of the band members?

This adaptation of a Stephen King short story features a soundtrack by AC/DC. The entire collection was released as Who Made Who.

Key Tracks:  Who Made Who, You Shook Me All Night Long, Hells Bells, For Those About To Rock

was released with even more 80s classics.


Key Tracks:  Culture Club - Do You Really Want To Hurt Me

, The Smiths - How Soon Is Now

, The Doors - Break On Through

, Buffalo Springfield - For What It's Worth

, Willie Nelson - On The Road Again

One of my favorite films of all time. Not only did Vincent Gallo write, direct, and play the lead role in Buffalo 66, but he wrote some of the songs on the eclectic soundtrack.

29.  Platoon (1987)
Who can forget that moment depicted on the album cover above?

, The Doors - Hello I Love You

, Smokey Robinson - The Tracks Of My Tears

28.  Empire Records (1995)
This has been playing on TV a lot lately. Several of the actors went on to bigger things. The soundtrack had some great music on it.

Key Tracks:  Gin Blossoms - Til I Hear It From You

Some killer music in this teen drama.

, Placebo - Every You Every Me

26.  Easy Rider (1969)
A classic, featuring the late Dennis Hopper. Own it. Be sure to check out the deluxe edition

, Fraternity Of Man - Don't Bogart Me

, How Deep Is Your Love

, More Than A Woman

; Yvonne Elliman - If I Can't Have You

with additional songs that didn't make the album.

, The Stooges - Search And Destroy

, My Life With The Thrill Kill Kult - After The Flesh

, Violent Femmes - Color Me Once

, Jane Siberry - It Can't Rain All The Time

, Echo and the Bunnymen - Bring On The Dancing Horses

; Al Green - How Can You Mend A Broken Heart

19.  Say Anything (1989)
Yeah, you know the one. John Cusack holds up the boombox playing In Your Eyes. Check out this great soundtrack.

, Peter Gabriel - In Your Eyes

, Fishbone - Skankin' To The Beat

, The Replacements - Within Your Reach

18.  The Royal Tenenbaums (2001)
Another cool Wes Anderson film with quirky characters and some great music.

& The Fairest Of The Seasons

, Elliott Smith - Needle In The Hay

, The Replacements - I Will Dare

, Echo and the Bunnymen - Bring On The Dancing Horses

16.  Nowhere (1997)
I remember very little about the movie, but the soundtrack featured some exclusive tracks that rivaled some of the included bands' best work.

, Radiohead - How Can You Be Sure

, Patsy Cline - Back In Baby's Arms

13.  Dazed And Confused (1993)
I can't believe this movie is almost 20 years old! Always happy to see it when it comes on TV. A second volume

of the soundtrack was also released, with some more great 70s jams.

& All Cats Are Grey

11.  Lords Of Dogtown (2005)
A fantastic film portraying a group of teenage skaters in Santa Monica, California.

, Nazareth - Hair Of The Dog

Saw this in the theatre back when it came out and was blown away by the soundtrack. A second volume

was later released on CD, with even more great tunes.

09.  Lost Highway (1996)
Like most David Lynch films, no matter how many times you see it, you'll never understand it all.

Somehow I doubt the kids in this movie would've had a copy of Big Star's Radio City, but nonetheless, the soundtrack is pretty great.

, The Outfield - Your Love

, Crowded House - Don't Dream It's Over

& Love Will Tear Us Apart

, Sex Pistols - Anarchy In The UK

& Love Will Tear Us Apart

, Velvet Underground - What Goes On

Phenonmenal movie. The soundtrack was written for the movie - just incredible. Haven't seen it? Buy it now.


Key Tracks:  The Church - Under The Milky Way

, Echo & The Bunnymen - The Killing Moon

, Tears For Fears - Head Over Heels

, Jimi Hendrix - May This Be Love