Happy New Year! With work on the upcoming Audra album, other musical projects and life in general, free time has been scarce around these parts. Our apologies for the lack of new content on the site... but here is the feature that we've prepared for all year: The Best Albums of 2018: our 9th Annual Edition. A huge thank you to all of the good people that contributed the lists below. Each person selected & ranked their 10 favorite albums, and then we've compiled a track from each in a Spotify playlist (it's all the way at the bottom of this post). As always, we look forward to hearing your thoughts and opinions. Let us know whose list you relate to the most and please share your own Top Ten with us. Okay here we go - The Best Albums of 2018 - Bret & sarahQ

P.S. We do earn a commission if you purchase any of the music linked to Amazon in this post or throughout the blog. 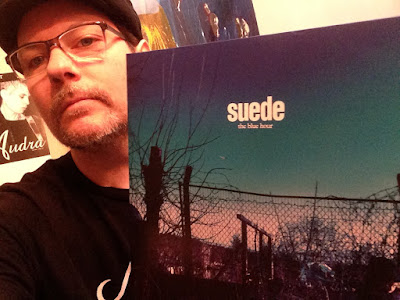 About My #1: Suede is a rarity. Very few bands can return from a break-up and produce work that can proudly stand alongside their best. Along with 2013's Bloodsports and 2016's Night Thoughts, Suede have been nothing short of brilliant in their second run. And now this - The Blue Hour. Upon first listen, it doesn't have the immediately-accessible singles ala "Trash" or "The Drowners" - however it has the true 'you need to listen to it in its entirety' album experience. I liken it to a blend of the lush grandiosity of their sophomore album Dog Man Star with the ambition, continuity and intensity of Pink Floyd's The Wall. The Blue Hour really clicked for me while accompanying a reading of the autobiography of Suede's Brett Anderson - an absolutely stunning memoir on his years leading up to the success of the band. Understanding his life a bit better peeled back the layers of not only this album, but his (and the band's) entire catalog.

I'd also like to take a moment to reflect on a few other albums I selected. If you missed my discourse on the new (and apparently final) Wax Idols' album, please spend a moment here. You may be asking yourself, ''Is the #10 pick the same Steve Perry that fronted Journey?" Hell yeah, it is. I'd also recommend you to read about the backstory of that album's creation and then listen to a song like "No More Cryin'" or "We're Still Here" - way emotional. Lycia's In Flickers could possibly be my favorite of theirs. And I can't say enough about the greatness of Kacey Musgraves' third LP. Golden Hour very well may have clocked in the most listens of anything on my list - it's only been 5 years since her debut, so it's going to be exciting to witness her continuing musical trajectory.

"You're never alone, your life is golden. Golden." (from Suede's "Life is Golden") 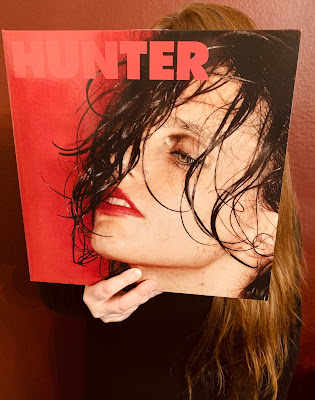 About My #1: Anna Calvi's third album Hunter charges head first out of the gate. Her voice is one of the most expressive you will come by. Whether she is vocally gliding with vulnerability or howling with dominance, every song is a powerful statement channeling masculinity and femininity as fluid sensuality. Boldly composed and cinematically arranged, you'll find yourself humming these melodies and relating to emotions beyond the bounds of stereotypical gender roles. This album makes me want to wear red, drink red wine and enjoy being an intricate Person. 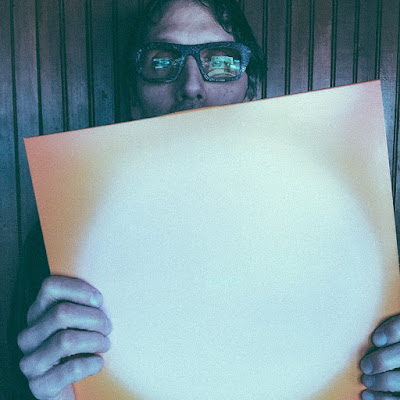 About My #1: I started following Film School in 2003 when their Alwaysnever EP came out. I would consider this band the second wave of shoegaze rock. The track "Ms Connection" at the time was nothing less great than material written by bands like Slowdive or My Bloody Valentine in the early 90s. By 2011 I assumed this band had finished, but over the past couple of years they resurrected themselves on Instagram and started shooting photos of practices and studio material, so I knew something was up! Eight years later since Fission, they’ve released an epic piece of work. While I consider Fission their weakest album, Bright to Death set themselves back on course and has the greatness of Hideout and their 2006 self-titled debut. 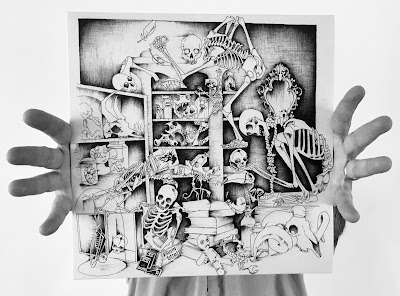 About My #1: Gloriously acoustic murder ballads and death shanties from an English/Irish London-based four piece band likely as influenced by Tom Waits as Nick Cave. They had me under their spell with my first listen to the song, “Skin,” but every song on this album is a gothic-blues gem. 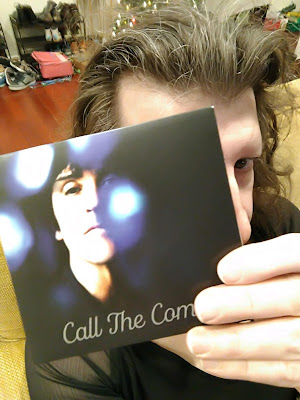 About My #1: With Moz totally off the deep end, I no longer care that The Smiths are never, ever, ever getting back together. Marr more than made up for it with an absolutely smashing album that scratches the itch for fans wanting new albums by The Chameleons, Whipping Boy or the Comsat Angels more than anything Smithsish. He's really found his voice as a lead singer and while there's no earworm single on this album, the whole listen is a perfect ride featuring enough twists and turns to keep you hooked from first track to last without tuning out or clicking elsewhere.

I just noticed that six of my ten selections feature artists working outside of the bands or platforms that made them famous: Brücken and Froese are from Propaganda and Tangerine Dream respectively; Halo Circus features Allison Iraheta who has been one of the most exciting singers to emerge from American Idol. Page's prolific solo work totally eclipses the post-Page albums by Barenaked Ladies. Laura Jane Grace signed to alt country powerhouse Bloodshot Records only to release one of the most visceral punk albums of her career (three Against Me! albums have topped my year end lists in their respective years). 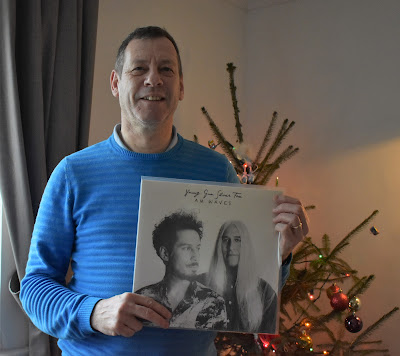 About My #1: When we contributed our Best of 2018 So Far back in June it came as a bit of a shock that I hadn't actually been listening to much new stuff so the list was more like a list of what I'd listened to that was released in 2018 rather than a "best of." I started using Apple Music a lot more to listen to things I'd heard or read about. I first heard Blossoms in Jack Wills and "Shazammed" it. I first read about Young Gun Silver Fox in Record Collector magazine. AM Waves gives the game away with the title. It's as if the last 40 years never happened. If this had been declared a lost classic recorded in 1977 and finally seeing the light of day you wouldn't be surprised. It breaks no new ground whatsoever. There are traces of the Doobie Brothers and Hall & Oates throughout and I love the album because of it. It was a pretty difficult decision to place it above Paul Weller but I think the Modfather will make it onto a few lists so YGSF got the final vote. 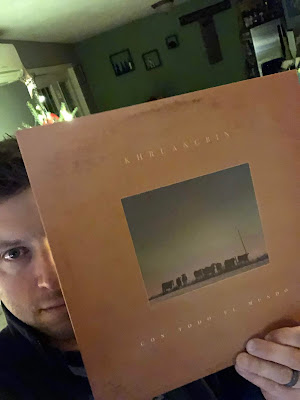 About My #1: Khruangbin’s (pronounced Krung bin) Con Todo El Mundo has gone wire to wire as my favorite release from 2018. My number two came close but it was this one that I just listened to more and will be the record I immediately think of when I look back on 2018. A superb listen all the way through. I have yet to tire of this record and I can’t imagine that happening anytime soon. Check it out. 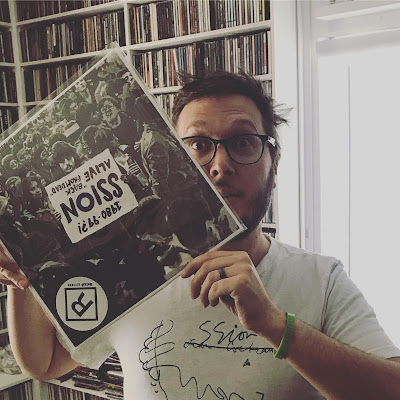 About My #1: Throwing homage to the 80’s and 90’s cool of yesteryear, ‘O’, the third ‘official’ full-length album from audio-visual maestro Cody Critcheloe’s long running musical project, SSION, pulls out a tsunami of colorful textures and paints them in a darkly melancholic sludge of gloss.

The album plays like the best haphazard musical selections from a jukebox opening with a sweet & gloomy retelling of Roy Orbison’s "As Big As I Can Dream," then quickly jumps into the Madonna worship dance pop brilliance of "Comeback" and 180s to a quick punk-infused cover of the Germ’s “Forming” – and that’s in the first seven minutes. After which the album mixes in a generous helping of dance-punk, noise-pop, glo-fi, queerpop, freak-folk and 90s alternative thrash (with special appearances from Ariel Pink, Devendra Banhart, Sky Ferreira, Hole’s Patty Schemel, Róisín Murphy and MNDR). There’s something to be said about the layering of atmospherics on this album and the textures throughout. With every listen you can hear a new pocket of sound, a joke or an underlying conversation. Through it all the songs remain unforgettable, energetic and ridiculously tongue-in-cheek.