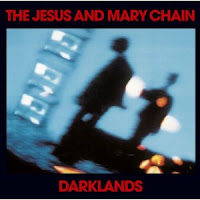 After a glorious first album, pressure is always on for a band to top their debut with an even stronger second album.  Often bands fail and we have what is called in the music industry - The Sophomore Slump.  Someone once said that a band has their entire lifetime to write their first album, and only six months to write their second.  Let's have a look at some second albums that are among the best.  The following list is in a loose order, so when I look at this a week from now, most likely I'll want to shift things around.  :)
Please enjoy.

(1967)
Notes.  Nico and her harmonium with textures provided by former bandmate John Cale.  A major departure from the folkish stylings of her debut.
Key Tracks.  No One Is There, Frozen Warnings, Evening Of Light

(1988)
Notes.  The group hasn't released an album since this sonic work of art.
Key Tracks.  Only Shallow, When You Sleep, Come In Alone

Release Date.  October 1981
Preceded by.  In The Flat Field

(1985)
Notes.  Quite psychedelic in contrast to their days in Bauhaus.
Key Tracks.  It Could Be Sunshine, All In My Mind, Ball Of Confusion

(1978)
Notes.  Gary Numan's final album with his band Tubeway Army.  'Cars' came next.
Key Tracks.  Me I Disconnect From You, Are Friends Electric?, Down In The Park

(1985)
Notes.  After losing the band that performed on the first album, Andrew Eldritch pulled through with a unique and strong collection of songs on Floodland.
Key Tracks.  Dominion, This Corrosion, 1959

(1991)
Notes.  I remember buying Gish when it came out in 1991.  I still have the long box that CDs came in.  Siamese Dream was such a great followup record.
Key Tracks.  Cherub Rock, Disarm, Mayonaise, Today

(1979)
Notes.  The difference between The Cure's first and second album are like night and day.  Seventeen Seconds set the mood for the next two albums.
Key Tracks.  Play For Today, A Forest, At Night

(1994)
Notes.  This is where Elliott's songwriting really started to take off.
Key Tracks.  Needle In The Hay, St. Ides Heaven, The Biggest Lie

(1983)
Notes.  Metallica really expanded their sound on Ride The Lightning, adding in the first 'ballad' of their long career - Fade To Black.
Key Tracks.  For Whom The Bell Tolls, Fade To Black, Fight Fire With Fire

25.  The Jesus And Mary Chain - Darklands

(1985)
Notes.  In my opinion, the strongest album of their career.  Harnessing the chaos of Psychocandy into catchy riffs and hooks.
Key Tracks.  Darklands, Deep One Perfect Morning, On The Wall

(1996)
Notes.  Placebo polished the raw energy of their debut into a really great second album.
Key Tracks.  Pure Morning, Without You I'm Nothing, My Sweet Prince

Release Date.  March 1990
Preceded by.  The Lion And The Cobra

(1987)
Notes.  This should be in your collection.
Key Tracks.  Nothing Compares 2 U, Black Boys On Mopeds, The Emperor's New Clothes

(1993)
Notes.  The final album to feature guitarist Bernard Butler.
Key Tracks.  The Wild Ones, New Generation, The 2 Of Us