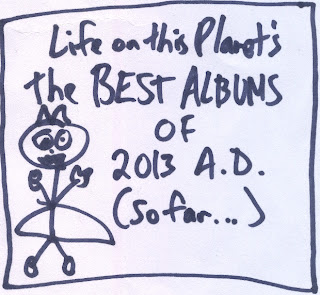 So, here we are at mid-year, and it's time to recognize some of the excellent releases that have come out in the first half of 2013. As always, I've enlisted the help of some of my friends to provide some additional insight and coverage of the wide musical spectrum. I look forward to hearing your thoughts and opinions, so feel free to leave some feedback (and even your own lists) in the comments section below - or interact at the Life On This Planet Facebook Page. If you would like to purchase any of the albums on my list, please click here. Okay, let's get started. - Bret 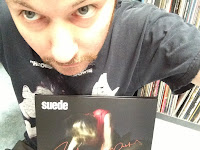 Bret Helm
Life On This Planet Blog, the band Audra

Suede - Bloodsports
They are back with their first album in 11 years - SO good.
Key Tracks: It Starts And Ends With You, Hit Me, For The Strangers

Low - The Invisible Way
The band celebrates their 20th Anniversary with another great record.

OMD - English Electric
Wow! Totally blown away by this one - I highly recommend you buy immediately!
Key Tracks: Helen Of Troy, Stay With Me, Metroland

David Bowie - The Next Day
What a surprise it was to have Bowie sneak up on us with a new album this year. One of my favorite artists of all time.
Key Tracks: Where Are We Now?, Heat, (You Will) Set The World On Fire

Nick Cave & The Bad Seeds - Push The Sky Away
The fifteenth album from The Bad Seeds is a total winner. Definitely one of the best albums of the year... so far. :)
Key Tracks: Jubilee Street, We No Who U R, Water's Edge

The National - Trouble Will Find Me
While The National doesn't break new ground on their sixth LP, they still do what they do best - write great songs.
Key Tracks: Humiliation, I Should Live In Salt, Demons

Purchase any of the above albums here. 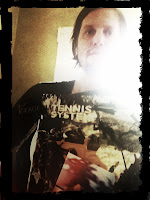 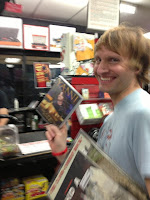 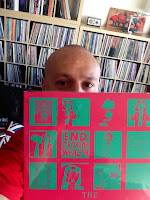 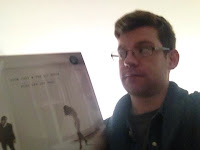 Nick Cave & The Bad Seeds - Push The Sky Away
Rhye - The Fall
Something For Kate - Leave Your Soul To Science
My Bloody Valentine - m b v
The Flaming Lips - The Terror
Foals - Holy Fire
Sunbather - Deafheaven
The Bronx - Bronx 4
Calexico - Spiritoso
Kanye West - Yeezus
Posted by Bret Helm at 5:16 PM