U2. The 20 Best Lesser Known Songs 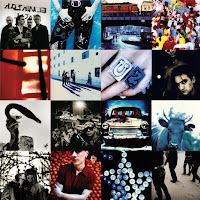 U2 is one of my favorite bands of all time. I've been putting together a Best Of List for my blog here, but decided to mix it up a bit. Instead of the 20 Best U2 Songs, I present 20 of my favorites that you may not have heard before. Some of them are album tracks that were never singles, some are b-sides or rarities; but there's one thing they all have in common - they are all wonderful songs.

Scroll down to the bottom of the page for a Spotify playlist featuring these tracks.

Also, check out our U2 Album Ranking: From 'Boy' to 'No Line on the Horizon' feature here.

From the album The Unforgettable Fire

.' Bono's vocals were apparently a first take of off-the-cuff lyrics. Producer Brian Eno wouldn't allow him to do a second take and it appears on the album as-is. It's one of my favorite U2 tracks, and the band has never performed it live.

, U2 released a 4-song EP called Wide Awake in America

was one of the two new songs on that EP. It is brilliantly haunting.

From the album Achtung Baby (1991)
So incredibly emotional. The only song from Achtung Baby to have not been performed live (yet).

A beautiful track - and my favorite from that release.

The Hands that Built America

Released on the Gangs of New York soundtrack (2002)

Released as non-album single (1980)
Mostly known as a live track, which was included on 1983's Under A Blood Red Sky

video and album, this studio version was U2's second single, and was produced by famed Joy Division producer Martin Hannett.

From the album October (1981)
The lyrics feature only one single word.

Two Shots of Happy, One Shot of Sad

Released as b-side to If God Will Send His Angels single (1997)
Bono wrote this one for Frank Sinatra.  Although Ol' Blue Eyes never got the chance to record a version, his daughter Nancy released a version

back in 2004 with none other than Larry Mullen Jr. on drums and Adam Clayton on bass.

Released as part of the accompanying Anton Corbijn film - Linear - with the deluxe edition of No Line on the Horizon (2009)
Another U2 gem that didn't make the album. 'Winter' was also used in the movie - Brothers

Trash, Trampoline and the Party Girl

,' 'Party Girl' was made known as a live track on Under A Blood Red Sky

. A studio version was released a year or so before - as the b-side to another U2 rarity 'A Celebration

(2009). There were a few unreleased, leftover songs from the UF sessions, including this gem.

From the album No Line on the Horizon (2009)
My favorite song from a really underappreciated album.

From the album Pop (1997)
My favorite song from Pop - it should have been a single!.

Released as single; appeared on the album Passengers: Original Soundtracks 1 (1995)
The late opera star, Luciano Pavarotti, makes a stunning vocal performance on this collaboration between U2 and Brian Eno - under the name Passengers.

Love is Blindness
From the album Achtung Baby (1991)

The intense closing track to a stunning record. The emotion that pours out of Edge's fingers in that one-note guitar solo is so captivating. 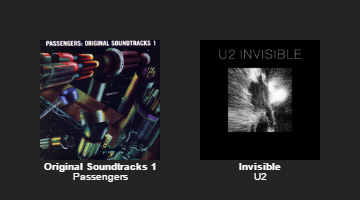 Released as b-side to Staring at the Sun single (1997); appeared on the album Passengers: Original Soundtracks 1 (1995)
Another beautiful moment from the Passengers album.

Released as a digital non-album single (2014)
'Invisible' is one of the absolute best U2 songs of the last 25 years.


Listen in on Spotify