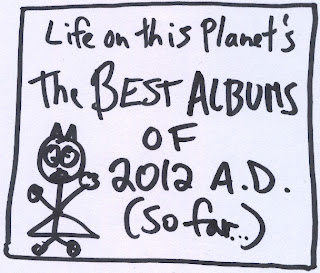 So, here we are at mid-year, and it's time to recognize some of the excellent releases that have come out in the first half of 2012 A.D. As always, I've enlisted the help of some of my friends to provide some additional insight and coverage of the wide musical spectrum. I look forward to hearing your thoughts and opinions, so feel free to leave some feedback (and even your own lists) in the comments section below - or interact at the Life On This Planet Facebook Page. If you would like to purchase any of the albums on my list, please click here. Okay, let's get started. Thanks for stopping by! - Bret

My Favorite Albums (in no particular order)

The Big Pink - Future This

Loved their first record, and this sophomore LP is outstanding. If you don't know The Big Pink, you should.
Key Tracks: 77, Future This, Stay Gold, Hit The Ground

Sinead O'Connor - How About I Be Me (And You Be You)?
She is amazing at channeling her trials and tribulations into sincere emotion. It's comforting to think that someone who has been in the music industry for 25 years is still putting out work that stands up with her early gems.

Key Tracks:  The Wolf Is Getting Married, Queen Of Denmark

The Smashing Pumpkins - Oceania
From the beautiful artwork, to the wonderful musical textures, this new Pumpkins album is a winner.
Key Tracks:  One Diamond One Heart, Pale Horse, Violet Rays

Metric - Synthetica
I really enjoyed their last album, 2009's Fantasies, but I almost didn't bother with this one after not digging the first single 'Youth Without You.' I'm glad that didn't stop me, because this is really one of my favorite records of the year... so far.
Key Tracks:  Breathing Underwater, Artificial Nocturne

Soulsavers - The Light The Dead See
This record features Depeche Mode's Dave Gahan on vocals. It's haunting, spiritual and damn good. Buy it.
Key Tracks:  Presence Of God, In The Morning, I Can't Stay

The Cult - Choice Of Weapon
When I bought this album, I guessed that it would be decent enough to get a listen, once every year. Nope - way better than that. The Cult have returned with a really strong album to show the young ones how to rock.
Key Tracks:  Life > Death, The Wolf, Honey From A Knife

Lana Del Rey - Born To Die
I loved the first two singles that were released months before the album came out. I was afraid that those were going to be the only good tracks on the full-length. I was happy that that wasn't the case. Haters gonna hate, but this is a pretty killer record.
Key Tracks:  Radio, Dark Paradise, Born To Die, Blue Jeans

I've also enjoyed...
Lightships - Electric Cables
A really laid-back, solo offering from Teenage Fanclub's Gerard Love. It keeps getting better and better with each listen.
The Men - Open Your Heart
All over the road - from catchy garage rock to countryish noodlings - I dig.
The Twilight Sad - No One Can Ever Know
The Scottish trio's third record.
Die Antwoord - Ten$ion
The indescribable, South African outfit is back for some more insanity on their second LP.
Best Coast - The Only Place
The title track is absolutely one of my favorite songs of the year.
Bruce Springsteen - Wrecking Ball
Lots of great songs on The Boss's newest LP.
Joey Ramone - ...Ya Know?
Culled from the late Ramone's demos, and finished by a bunch of his friends - this is a pretty dang good record.
Rush - Clockwork Angels
I'm still processing this album's complexities. As always, the musicianship is ace.
Santigold - Master Of My Make-Believe
The sophomore effort from Santigold.
Light Asylum - s/t
A recent discovery from the recommendation of my friend, Jaymz Todd. A cross between Yaz, Grace Jones and Nitzer Ebb, this NY duo is putting together a strange blend of melody and dissonance, that somehow comes together in a memorable way. 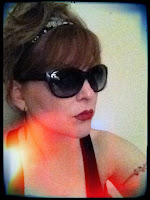 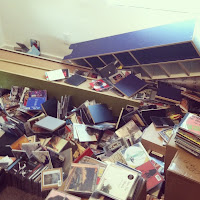 #1:  Light Asylum
Music that feels as if it's completely from That Total
Age era of Nitzer Ebb. It's crazy and confusing, but
yet amazing and exciting. It brings me back to nostalgia
I had for that old Ebb record, while still remaining
completely relevant and new. Give it a spin and see
what I mean...seriously. My mind = melted. I love it.

the rest are great and have no order, except by alphabet. Love them all.
The Big Pink - Future This
"hated their first, love the second"
Chromatics - Kill For Love
The Dandy Warhols - This Machine
Hot Chip - In Our Heads
Japandroids - Celebration Rock
"makes me feel 15 again, fist pounding, anthemic. love it"
The Jealous Sound - A Gentle Reminder
"finally their sophomore follow-up, nearly 10 years later"
R. Kelly - Write Me Back
"I know there are haters, but I'm a lover. you have to separate the man from his art,
and boy does he make some great, quotable baby-makin' music. the dude's a genius..
don't lie."
Liars - Wixiw
"they do no wrong"
Moonface (with Sinai) - Heartbreaking Bravery
Oddisee - People Hear What They See
"Intelligent hip hop with great throw back samples - it's a good one"
Polica - Give You The Ghost
"Bon Iver's backing band, goes it alone"
Bruce Springsteen - Wrecking Ball
"start at track 7 and listen to it on repeat, some great shit"
Symmetry - Themes For An Imaginary Film
"the soundtrack originally intended for Drive"
Trailertrashtracys - Ester
Tribes - Baby
TRST - s/t
"also amazing, canadian, a great throwback sound that's still current sounding"
Sharon Van Etten - Tramp
Violens - True - "love"
Bobby Womack - The Bravest Man In The Universe
"co-produced by Damon Albarn who has helped redefine his sound" 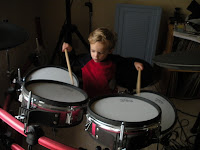 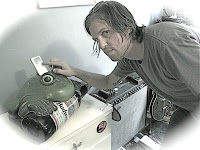