We are back with another Best Albums feature from a year gone by - if you missed 1991, check that out after you're done here. Let's go back 18 years... In the Year 2000, Bill Clinton was finishing up his second term as President of the United States. Sony launched its Playstation 2 video game console, which remained in production for a whopping 13 years. Meet the Parents, Gladiator and Cast Away were topping the box office chart while TV's Beverly Hills, 90210 ended its run after 10 seasons. Badly Drawn Boy won the coveted Mercury Prize with the album The Hour of Bewilderbeast. The world sadly lost Charlie Brown / Peanuts creator Charles Schulz, The Cars' bassist/singer Benjamin Orr and British singer Kirsty MacColl.

As always, Sarah and I enlisted the help of our regular contributors & friends to select Top 10 albums. In addition, everyone handpicked a track from each album for you to enjoy in our Best Albums of 2000 Spotify playlist at the bottom of the page (unfortunately there are a few albums not available on Spotify - we encourage you to locate those elsewhere). If you'd like to share your own 2000 favorites, please comment below. Stay tuned to see which year is coming next! 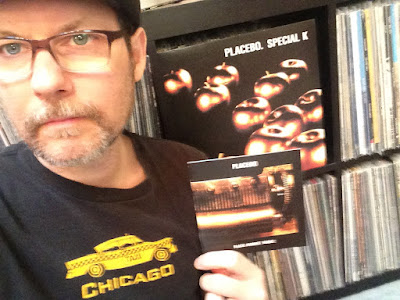 About My #1: I've read that Placebo's Brian Molko ranks this as his least favorite album in their catalog. While I don't think it's their very best, it is certainly good enough to be my #1 for an entire year. I saw Placebo for the first of many times at the Hollywood Palace in early 2001, touring this record. The sidewalk in front of this historic venue looked like a scene straight out of Velvet Goldmine - excited fans adorned with feather boas - in all their androgyny. My two most vivid memories of that night were: #1 How damn good they were right out of the gate, opening with an adrenaline-fueled version of 'Haemoglobin'; #2 Imagining how many epic events took place in this space over the years since opening in 1927, I glanced up in the direction of a private box in the balcony. A stage light reflection caused it to illuminate and there standing was none other than Morrissey. Strangely, he looked directly at me at the exact same time, and judging by the look on my face, realized I recognized him for which he took a quick step backwards, disappearing into the shadows. That's what I think of when I hear this record - Bret 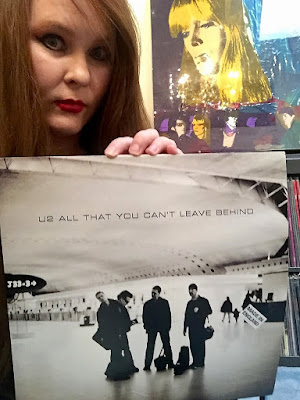 Sarah Quarrie
Life on this Planet

About My #1: 2000 was a year of many good releases that I recognize upon title, but only a handful stood the test of time - those that were played on repeat so much that even 18 years later every word & every song is embedded in my memory and soul. This was a point in my life where the somewhat harsh reality of being an adult kicked in. Families change, relationships change, jobs change. Constants that were taken for granted growing up were continually changing. U2's All That You Can't Leave Behind hit hard with aspiring compositions of empathetic sentiment. These soaring anthems are the perfect companions to snap you back to your senses when you feel a little lost. Not only is it my #1 album of 2000 but my favorite U2 album. It was my gateway to applaud their back catalog as I familiarized myself in preparation for the Elevation tour at United Center in Chicago the following year. The experience of seeing such a grand performance that radiated incredible energy from every living cell in that building was beyond moving. I underappreciated U2 in my younger years, but my taste changed. And it was a welcome change. - sarahQ 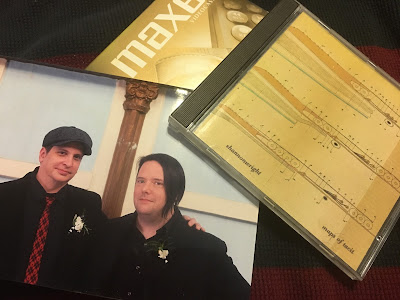 About My #1:  “Shannon Wright: KY” was all that was written on the Maxell VHS I received from my dearest friend. From somewhere in the rafters of an old Kentucky theater, a bootlegger captured what is perhaps the fiercest performance I have ever witnessed. Shannon Wright, accompanied by only a drummer, inundated every inch of her surroundings with unbridled vulnerability and seething emotion. I sat transfixed from beginning to end, and I immediately purchased everything she had released as a solo artist. Maps Of Tacit comes closest to capturing what transpired on that VHS. Her tapestry of a piano, a Wurlitzer, a Hammond, a harmonium and a guitar, is only secondary to her voice. The percussive accompaniment drives home every visceral exaltation from what seems like a lifetime’s worth of betrayal. The sincerity of Shannon Wright’s lyrics coupled with her emotive delivery completely possess me and despite hundreds of spins, it continues to give me chills. Throughout the album, Shannon Wright utilizes elements of whimsy, delivering an almost child-like innocence that at some point someone, or something has corrupted in the foulest of fashions. Not lost on me is the fact that Steve Albini recorded a third of these tracks, and his knack for ushering out purity and rawness assuredly contributes to the dynamic. It was the gift from Shawn Terry that brought Shannon Wright into my world, and it will forever be my connection to him and how much music we shared over the years. In all honesty, had Shannon Wright found her way into my collection by some other means, Maps Of Tacit would still be my number one for 2000. Even with all the tragic beauty that PJ Harvey brought with “Stories…”, it cannot tread the same path of emotion and reality that Maps Of Tacit delivers in full. - Ron 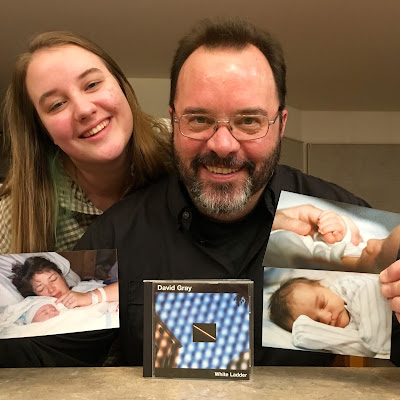 About My #1: In mid-November, my 9-months pregnant wife had developed complications, so we needed to head to the hospital ahead of her due date. Among the things we quickly grabbed to help get us through what was probably going to be at least one scary night at the hospital were three CDs, including David Gray’s ‘White Ladder'. It ended up being the one playing when she gave birth to our daughter the next morning, and will forever remind us both of that scary but completely miraculous, life-changing day. - Rob 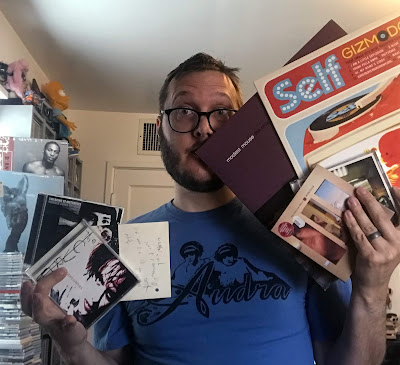 About My #1: To choose one album in particular is extremely hard, especially to write something of importance of said single album. The year came for me six months after I moved away from home, and was six months into officially building the friendships that would lead to those that I could with faithfulness call family. Without a doubt, the memories I have for this year, even lead to me coming back to the city of Phoenix.
And then, to nearly bookend it with one last great... Though we didn’t personally know each other back then - I was just a fan - two of those dudes have become two of my bestest friends. So 2000, to single it out to one definitive album is hard. As 2000 has stood with me still 18 years later as that place where I truly began. - Jaymz 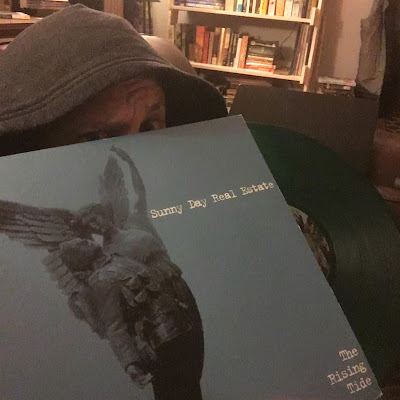 About My #1: First off, the majority of the music on my Best of 2000 List, or really any of the music I post in these Best of Lists, I wasn't listening to until sometime in the last 10 years. My taste in music was vastly different then... I guess I was a late bloomer. However, I chose Sunny Day Real Estate's 'The Rising Tide' because it has been an absolute favorite of mine since the early 2000s (maybe since 2003). I was nearing the end of my college years and a friend played this for me and I've loved it ever since. It is a record I often turn to when I don't feel like listening to anything else. It has stuck with me the longest and will likely be a favorite in another 15+ years. Does liking this album make me an emo kid? - Mike

STATS
48 different albums appeared in this feature
Which ones made it onto the most lists?
Audra (3) and Sunny Day Real Estate (3)