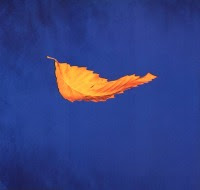 Most of you have probably heard the songs 'Blue Monday' or 'Bizarre Love Triangle,' but not everyone knows that New Order formed out of one of the greatest bands of the last 40+ years - if not all time - Joy Division. On the brink of JD's first US tour - and the release of their second album, Closer - singer Ian Curtis took his own life. After a short break, the remaining three members (with the addition of drummer Stephen Morris' girlfriend, Gillian Gilbert) created a new group, that went on to create some pretty amazing work. I've always claimed that New Order is/was a great singles band, so it was educating to go back and listen to every song, including all of the deep album cuts and b-sides.

Scroll down to the bottom for a Spotify playlist featuring these songs. So without further delay, I'd like to present my list of the 15 Best Songs of New Order.

Released as single; appeared on the album Waiting For The Sirens' Call (2005)
The 15th place is a difficult one - so many good songs fighting for it. Let's go with the title track to their 2005 LP.

From the album Power, Corruption & Lies (1983)
I've always loved the melodic interplay between the guitar and bass.

From the album Movement (1981)
Haunting. And how about the outro - Hooky's galloping bass, the rolling toms, Bernard's signature jagged rhythm stabs and that keyboard line. Stunning.

Released as a non-album single; and compiled on Substance (1987)
We all attach memories to songs of our youth. Every time I hear this one, I smell orange blossoms in the Arizona night.

Released as a b-side to the Ceremony single (1981)
This track was written in the Joy Division days, with lyrics by Ian Curtis.

Released as the band's third single (1981); and complied on Substance (1987)
One of the first New Order songs that I fell in love with back in my teenage days.

From the album Technique (1989)
Brilliant how Hooky's bass playing adds another melodic element to the refrains and instrumental parts of this otherwise electronic piece.

The best-selling 12-inch single of all time (1983)
The original packaging was die-cut, and made to look like a 5 1/4 inch floppy disc.

Released as single; appeared on the album Brotherhood (1986)
Even if you've never heard of New Order, I reckon you've heard this song.

Released as remixed single; appeared on the album Technique (1989)
Every time that first guitar break kicks in... goosebumps - such a great sound.

Released as single; appeared on the album Republic (1993)
I used to listen to 'Regret' over and over and over again when it came out. In fact, I still do.

Released as the very first New Order single (1981)
This was also a Joy Division song that made the transition over to New Order - becoming their very first single - amazing.


Listen in on Spotify