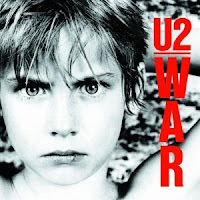 Today marks the second edition of a special series within my weekly feature, Friday on the Turntable. Instead of looking at one album, I am featuring all of U2's records from 1980 - 2009 - and ranking them! It was a mammoth task, and proved frustrating when putting albums that I love against other ones that I love. Nonetheless, I've provided a ranked list - from #12 - #1. While I did include Rattle And Hum, I left off regular live albums and EPs.

If you would like the short / textual version of the list, please scroll past the video. As always, I look forward to reading your comments and feedback. If you missed our 20 Best Lesser Known U2 Songs feature, click here after you're done enjoying this post.

The text/pics version is below - don't scroll down yet if you want to enjoy the video.

#11. No Line on the Horizon (2009)
3 Favorite Songs: Unknown Caller, Moment of Surrender, Breathe

#9. How to Dismantle an Atomic Bomb (2004)
3 Favorite Songs: Miracle Drug, Sometimes You Can't Make it on Your Own, City of Blinding Lights

#1. The Joshua Tree (1987)
3 Favorite Songs: Red Hill Mining Town, With or Without You, Where The Streets Have No Name

Email ThisBlogThis!Share to TwitterShare to FacebookShare to Pinterest
Labels: Friday On The Turntable, Ranking, U2