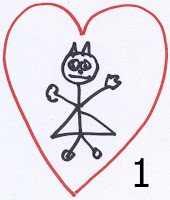 Love songs come in all forms. Some are your basic kind, some are about lost love, and some are a weird, stalker-ish obsessive kind of love.  As you've probably noticed from my blog, I have pretty eclectic tastes.... so, without further hesitation, please enjoy your Valentine's Day 2011 mixtape.

Click on any of the links to purchase songs - or scroll down to the bottom for an ongoing Spotify playlist. And don't forget to check out more Valentine's Day Mixes here.

Nick Cave & the Bad Seeds - Into My Arms

From the album The Boatman's Call (1997)
"I don't believe in the existence of angels, but looking at you I wonder if that's true"

From the album 12 Songs (2005)
"If you think of me in a year or two, find that photograph showing me with you.  What you see is what should be...evermore"

Death Cab For Cutie - I Will Follow You into the Dark

From the album Plans (2005)
"If there's no one beside you when your soul embarks, then I'll follow you into the dark"

Audra - You're So Pretty

From the album Space Oddity (1969)
"But did you ever call my name just by mistake?"

Chris Bell - You and Your Sister

The Cure - Pictures of You

The Beach Boys - God Only Knows

From the album Heathen Chemistry (2002)
"Never felt this love for anyone.  She's not anyone"

Big Star - I'm in Love with a Girl 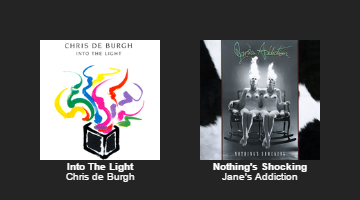 Listen in on Spotify