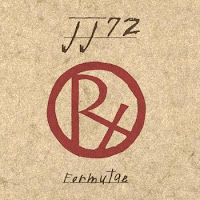 This week we step back to the year 2002...
Dublin's JJ72 put out two killer albums before they called it quits in 2006. Their self-titled debut

went Gold in the UK, followed by I To Sky

in 2002. After problems with their record label became too much, the band ceased to exist before a third record was released. Today's song comes from their second album, which unfortunately is not available on MP3 on either iTunes or Amazon. However, used copies go for really cheap on Amazon, so here is a link

Email ThisBlogThis!Share to TwitterShare to FacebookShare to Pinterest
Labels: 2002, JJ72, Song Of The Day